WoT: My Progress in Tier V and VI

Where I’m at with World of Tanks

I have reached a bit of a milestone breaking the 1000 games point.  I’m still struggling though, as much as one does struggle while having fun, with narrowing down the two tank classes I want to stick with.  So far I have managed to eliminate exactly none of them.  I have the best win ratio with my M7 Priest SPG, but it’s my oldest tank.  Here’s the new ones. 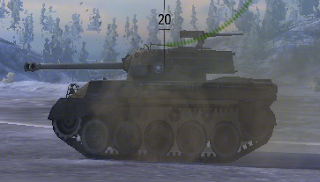 By far the best looking tank I have played so far, it is also one of the fastest in the game.  I sank into the 30s for win ratio, but after upgrading the gun a couple tiers I have pulled myself up to 49%.  I have the highest hit ratio (accuracy) and win ratio with this tank.  I’m having fun, and considering pressing with the line.  What I really want to see is what the next gun upgrade is like.  I expect great things. 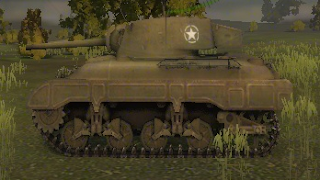 I have upgraded this tank all the way.  The T-21 light tank is next.  This has been the hardest tank to wrap my head around.  It’s meant to be a scout, but I just can’t seem to dodge the heavy hitters.  Revealing enemies is blissfully rewarding when, safely around the corner, you can hear the artillery pounding them into oblivion.  Unfortunately I rarely live that long. 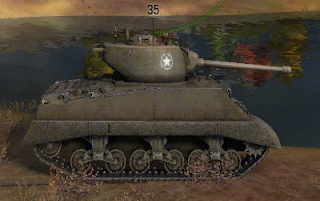 I have dug myself a trench with this tank, sinking into the mid 30s for win ratio.  Losing that much just plain sucks.  I have upgraded this tank all the way, and am trying out the faster shooting gun.  Unfortunately I have only made my choice more difficult.  This tank plays like a heavy tank, but it’s actually a medium tank.  So do I like/hate the heavy part or the medium part?  I’m betting on the heavy, so my plan is to try the T29 next.

I’ve joined a clan called the Blue Angels Squadron [BAS].  I joined because I thought they used Mumble, which is unusual for a World of Tanks clan.  Everyone uses Teamspeak 3 or Raidcall.  I’ve never even heard of Raidcall.  Turns out they all have Mumble, but don’t actually use it.  Several of their members and I have used the in game voice chat, and its helped me out quite a bit.  They’ve answered some questions I had about the game, and so far it’s been interesting.  Until my other guild decides they want to play World of Tanks, things could stay interesting for a while.