Are Games Even Worth Full Price Anymore?

I mean, really? For example, DOOM had a great release, and was a well received AAA game. Still, it was 40% off during the Steam summer sale barely one month later. It was just $17.09 on Green Man Gaming for the 2016 Black Friday sale. Speaking of GMG, they quite frequently offer games at a HUGE discount for NEW titles, in excess of 20%. Online retailer Amazon commonly offers 20% off new titles for Prime members. So what is a game’s actual price nowadays then? I’m sure it’s some kind of marketing magic, but it’s beginning to look like a blatant cash grab by developers to me. I suppose the good news is that new games don’t actually cost $60 anymore?

Then there’s the bundle sites. Most notable is probably Humble Bundle, known for its portion of charitable donation. There are also other sites who focus on other aspects such as Indie games (BundleStars, IndieGala) and DRM Free (GoG). The idea is all pretty much the same. They bundle popular titles together for very reasonable, very low prices. While these sites are becoming more popular, you kind of have to stop and laugh a little. In the age of digital media, where we want our music one song at the time instead of bundled together, we don’t want our games one at a time, but instead bundled together. Go figure? I suppose a big reason they come bundled is to get exposure for Indie or smaller titles, and eek out a little more life for older ones. These are generally not factors gamers consider when buying these bundles though.

So when does a game become worth $30? $20? Where is the dartboard that companies use to price items for their in-game store? I know there’s math, and science to a degree, behind all this pricing somewhere. As a consumer though, I start to wonder more and more if I’m being cheated somehow. I got DOOM through Amazon for $48. I thoroughly enjoyed the storymode. The map creation mode seemed fun, but very limited at the time. So did I buy the game too soon? I’ve only got 34 hours into it, would I have been better off waiting to buy it? We’re talking $12 to wait 5 weeks, and $31 to wait 25 weeks. With all these bundles, sales, and discounts, both $12 and $31 can go a long way. That’s an extra bundle, or new title. 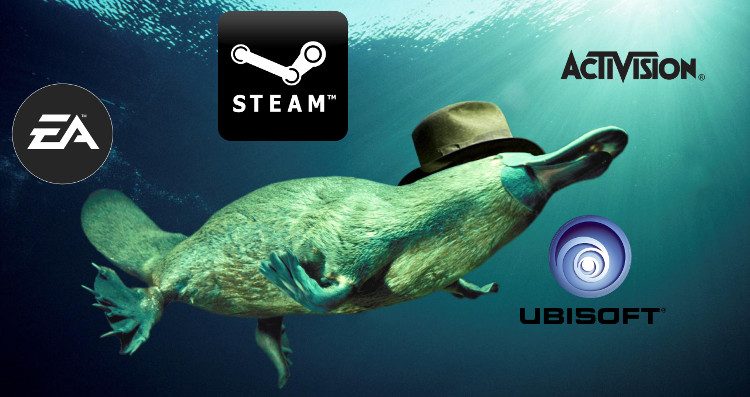 Obviously game companies need money to fund new games, be them AAA developers or Indie developers. I just think that maybe the current system of video game pricing is still in the process of settling. While it’s not exactly a race to the bottom of the barrel, it’s definitely a race that benefits gamers. Amazing Indie titles like ARK also bring down prices by offering just as much content, if not more, than AAA games, and still MSRP priced substantially lower. Early Access muddies the water too, confusing the price of Free to Play games and up-and-coming AAA titles alike. It’s the American Wild West of video game monetization and pricing right now. There are bargains to be had on properties for gold prospecting, and there are snake oil salesmen on every corner.

I’m not a wealthy person. $12 is a fair amount of money to me. I’ve started meticulously tracking how much money I spend on games, and how much time I spend in them. It’s deterred me from buying a game more than once, and later I was glad I had waited. Of course as time progresses, games will always be cheaper. They also get dated somehow, magically. Weird right? A game you’ve never played is somehow boring and uninteresting. Mostly I think it’s the graphics, though I’ve found I can tolerate older graphics more than most. Still, I guess I could sum up this article by asking one question:

When is the right time to buy a game?

The Decay of Franchises