For the most part though, I feel like most of the players I have come across in Space Hulk: Deathwing take the game pretty casually.

It’s been a little frustrating for me in this regard, so I’ve decided to put together a guide for Space Hulk: Deathwing players like myself. I prefer teamwork in games. That’s one of the major reasons I decided to buy Space Hulk: Deathwing, even though it’s completely PvE centered. The opportunity to form up into a squad, relentlessly pushing back hordes of enemy xenos, is a dream I have. Read this guide, and dream with me brothers and sisters of the Deathwing!

Moving Through The Space Hulk

If one or two players are ahead of the others, this makes it easier to surround or overwhelm both groups. Stay close together, don’t get split up. Additionally, friendly fire can become even more of an issue. Shooting something off of yourself can spray fire onto allies, and vice versa. This can also be a problem when an unexpected swarm arrives. The other players pushing too far ahead may have no idea that the marines in the rear have been engaged. Be patient, and stick together.

Enemies don’t always come from in front of you. Someone should always be watching your backs. This doesn’t always have to be the same person. You can designate someone, but it can get boring at times. If you’re in the back when the firing starts, just keep a guard on your rear. This doesn’t have to be a 24/7 job, but at least give it a visual sweep every few seconds.

Speaking of blocking doors, don’t get upset if someone blocks a door you don’t want blocked. There is more than one way through sometimes. Don’t get focused on going a certain way, just because you went that way last time. Exploring new areas improves provides ‘combat’ experience, and improves your judgement on future decisions. If you do end up blocking the wrong door, or going the wrong way, it’s fine. Now the whole squad knows, and everyone’s proficiency goes up a notch. 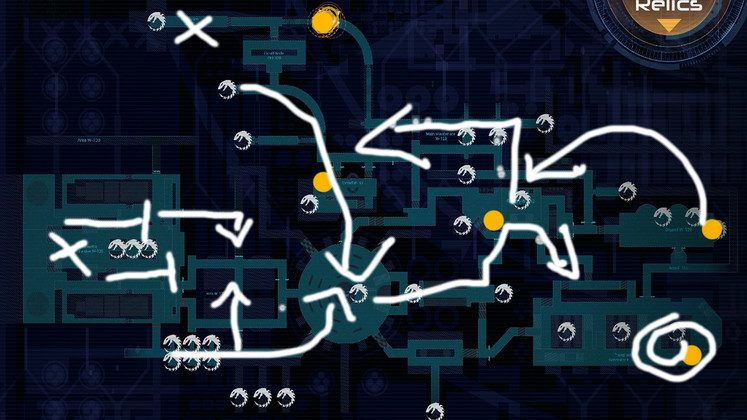 Don’t just walk haphazardly down the middle of a hallway. You’re blocking lines of fire from everyone behind you. Stay to one side as you travel down a corridor. Walking to the far left or right side opens lines of fire for allies walking behind you, and keeps you from getting shot in the back.

Sometimes the Apothecary can’t keep up with the damage. Waiting for cooldowns can get a little long if you have an impatient group, or you’re not at a safe place to stop. Keep the wounded in the middle of the group. This spreads out the damage a little, and keeps the group moving.

Sometimes your environment can help you. Look around for exploding barrels, and pipes that might leak napalm onto passing genestealers. Try not to focus completely on what you’re shooting at, look around and behind it too. Recognizing explosive containers, and hazardous pipelines can help thin the xenos herd.

While playing one time, I was hanging back and blocking all the doors. Well, after a bit someone else decided they wanted to block the door – and ended up blocking me out. I had to knock down the door to get through, leaving us vulnerable from behind. Delegate one person to block all the doors, and it should cause a lot less problems.

Choosing Where To Fight

Stairs are your friend. You can use elevation to maximize your firepower. Stack two towards the top of the stairs, and two towards the bottom. If you’ve given yourselves enough elevation, the ones at the top will be able to fire safely over the tops of the heads of those on the bottom. 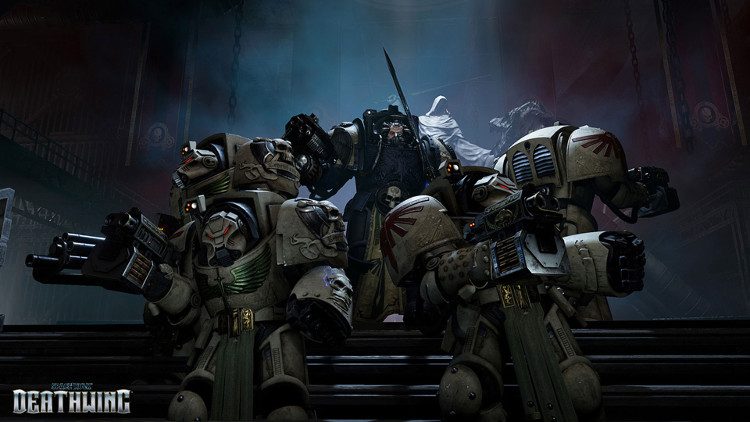 When all four of you are walking down a hallway, it’s impossible to walk side-by-side. When the genestealers start pouring in though, you’re going to need more than one gun firing. Since you’re all right handed, this makes things somewhat difficult. Look for alcoves in hallways you can get into clear up fire lanes. This will easily clear up enough room for three players to fire down the hallway. The fourth should be watching your backs!

Often when coming into large rooms, the floorplan just opens up, leaving you extremely vulnerable. It’s the perfect time for an ambush! Quickly scan these rooms and look for choke points to stay behind. These could be stairs, or even narrow portions of the room. Don’t try to make a stand where the ambush starts. There’s a reason that spot was chosen to ambush you! Don’t fall into the trap! Some of these rooms may funnel out from a choke point. In these rooms, set up a position at the chokepoint, then use scouts to test the room. This way you can trigger the ambush, and then bring the fight to a place of YOUR choosing.

It all boils down to a couple of fundamentals. Situational awareness: paying attention to where you are, in relation to where you need to be and where you have to go. And teamwork, knowing where your team is at all times, and compensating for each other’s weaknesses (low health, pushing too fast, etc). There was one playthrough where I felt like we were all on the same sheet of music. I’ve added it below for you to check out. As you’ll see, it’s not really hardcore to play like this, it all just comes from experience. With enough experience, you’ll eventually learn to recognize advantageous – and not so advantageous – situations, and how to survive both.