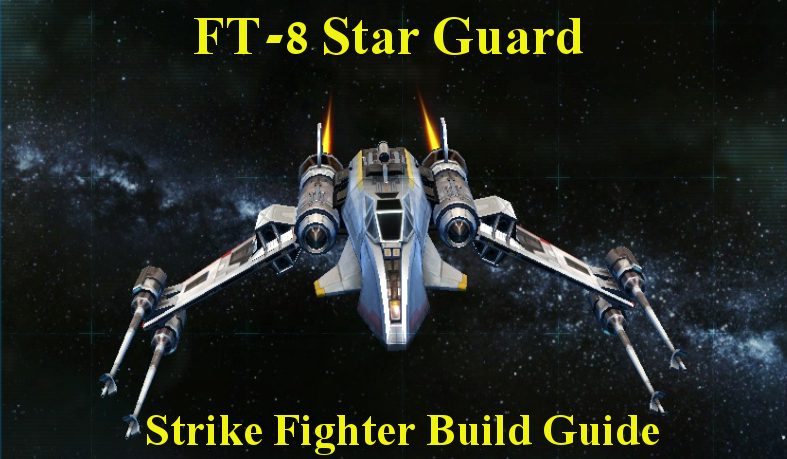 The FT-8 Starguard is a Republic Strike fighter.  It’s Sith Counterpart is the Rycer.  The Starguard is a dogfighter, meaning it can get up close and personal.  It’s strengths are against scouts, bombers, and other strike fighters.  The Ion cannons make this an extremely versatile ship.

Knowing what your Starguard is like in battle helps you set it up.

The companions have various passive skills across different classes.

You can ‘joust’ enemies, or attack them head on while they attack you.  That’s where Retro Thrusters and Directional Shield can be beneficial.  Concussion missiles are your clean up tool because they can pack quite a punch.  Ion Cannons wreak havoc on enemy shields.  You won’t get as many kills with an Ion build, but you’ll wreck the enemy team.  Your Heavy Cannon is going to be your ‘main’ weapon, so upgrade those first.  You can really tear into Scouts, and Bombers (anything really) will wither under your Ion Cannons.

Work Hard With The Starguard

Even though it’s a starter ship, the Starguard really is a good ship choice.  Since it’s a strike fighter, you can take a little punishment.  It’s the best strike fighter for dogfighting by far.  Like all strikes, your engines are a weakness.  Don’t overextend, and you’ll be blasting enemies left and right.  Use your missile lock as psychological warfare, even if you aren’t going to shoot it. I’ll be updating the build as time, experience, and patches dictate.  If you have any questions, or feedback, fire away in the comments below.