SWTOR: The Price Of Returning 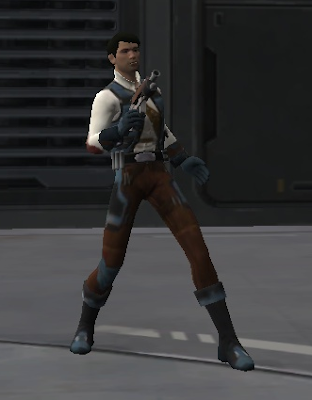 Free To Play Without The Fluff

I took a good look at Star Wars: The Old Republic’s free to play system.  Some of the unlocks aren’t necessary for me. A lot of them aren’t necessary for me.  I took a look at the Cartel Market prices, and the prices of Cartel Coins, and looked at what it would cost me to play Star Wars.  Keep in mind this is only for single character unlocks.  Account wide unlocks are roughly double, plus a little bit more.

You can buy all these unlocks with credits!  No real money necessary.  Here is a list of all the basic unlocks you’ll want to pick up.  Afterwards I go over the ones I feel most important.  There are more unlocks than these, but they go beyond the base game.  Extra hairstyles, extra daily quest hub, and so on.

*The Event Equipment unlock is no longer necessary to buy.

Only What You Need First

For starters, I looked at only what I would need to play.  If you have a Free Account, you’ll want two extra hotbars.  You need at least four for the endgame.  If you have Preferred Status, you already have four and won’t need to purchase extra.  Next up, the ability to equip Artifact gear.  Now if you have Rise of the Hutt Cartel unlocked, you can equip Artifact gear that is 51+.  You only need the Artifact gear unlock for purple gear up to level 50.  It’s probably not worth buying if you’re just going to level past 50.  If you want both though, that’s a total of 1400 Cartel Coins.

*It is rumored that soon an Artifact gear unlock will not be required.

Now Make It Worth Playing

There’s no sense in playing a game halfway.  There are just too many games out there that you can enjoy, to play this one and not thoroughly enjoy it.  So here’s to looking good while laying waste to the galaxy.  The unify colors option is a must.  As strangely as it seems to work, the few good looking pieces don’t always match up.  Next up is the legacy name.  I like my legacy name, and i’d like to display it.  ’nuff said.  Finally, hiding the head slot.  Talk about the most random of restrictions.  My head gear looks awesome, but I don’t want to wear it all the time.

How Much Do Cartel Coins Cost?

The magic number of Cartel Coins needed is 2,200.  I’ve been getting my monthly allotment of 100 Cartel Coins for having a security key attached, so I can knock off 500 right away.  That leaves a difference of 1,700 Cartel Coins.  What it costs in real money is the most important question though.  That sum comes in the form of the $19.99 package of 2,400 Cartel Coins.  I could also buy the $39.99 package of 5,500 Cartel Coins, and use the leftover balance for future Cartel Market additions.  The $39.99 route would offer the best value in the long run.

Warzones were all I ever played in Star Wars.  I really enjoyed them with my smuggler.  Huttball is such a unique game, and I haven’t even tried the new warzone that came out in the last content drop.  I’m considering, again, trying to get back into warzones.  I’d need all six hotbars at the very least, so I might pick those up first.  If I enjoy it, I may try dropping $19.99 and see how things go from there.

Or, you could shop the GTN for these unlocks.  You’re looking at about 2,000,000 credits for a single set of unlocks, more if you hold out for the Account unlocks.  My suggestion is going the Account unlock route.  I made the mistake of thinking i’d only play one character, and then ended up buying everything.  Again.  Account unlocks also work on every server, because they are Account bound.

What features do you need to play at endgame in Star Wars: The Old Republic?

14 thoughts on “SWTOR: The Price Of Returning”