Daily quest hubs are officially things of the past. Thanks to Legion, we have something better, and something that will last through the entire expansion!  Still, PvPers can make decent gold with little effort.  Read on for some ideas. These are the ones I am currently using to fill my own coffers.

You get a little bit of gold just for playing every match, win or lose. Whether it’s Arenas or Battlegrounds, there’s always gold at the end. Not really much more to say here other than mentioning that repair bills from PvP are substantially less than repair bills from dungeons and raids. While PvP rewards less gold overall, there’s less in maintenance costs to offset that a little.

In my opinion, this is the best innovation for Legion. Who needs a daily quest hub to gank at when you have THE ENTIRE WORLD! Every zone is a world PvP zone now! Players are out and about, and the world is alive with fresh meat. The World Quest system guarantees it’ll stay that way too throughout the expansion! So while you’re out doing your own world quests, say hello to someone with a sword or fireball to the face!

Turn Marks of Honor Into Gold

Spending your Marks of Honor on PvP weapons gives a great return. Weapons always sell for a lot of gold, but the trick now is to figure out which item sells for the most gold-per-Mark of Honor spent. When looking at the vendor, sort by All in the top right corner of the vendor window.  This will let you see everything for all classes.

One thing worth mentioning is that it will take 2 hours before you can redeem them for gold.  You can keep them in your bank, or in your inventory, but your character will need to stay online for 2 hours.  Make sure you plan accordingly based on your inventory.

Your Order Hall is going to be a big source of gold. You’ll start getting gold quests once you hit 110 on your character. As your followers ilevel goes up, so does the amount of gold rewards on the quest. It’s very similar to the system in WoD. If you manage to get the bonus reward, you can bring in a really nice haul from each mission.

While you’re out ganking people doing world quests, gather what resources you can. Everyone has personal nodes now, so it should be pretty plentiful. Additionally there are currently no benefits from crafting professions for PvPing.  Even if you only make a little bit of gold, it’s still better than nothing.  Some people will gladly pay extra so they don’t have to go out and farm it up themselves. Alternatively if you enjoy crafting professions, you can craft items to throw on the Auction House. 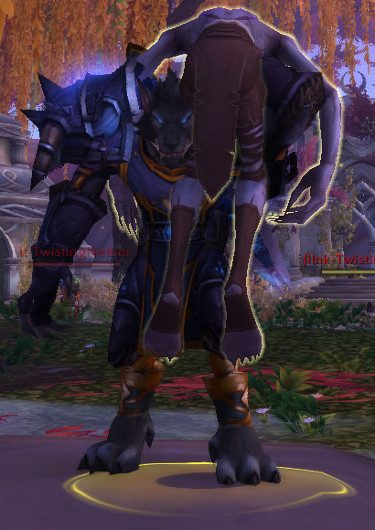 I see it in trade chat a lot.  People paying crazy amounts of gold for wins in Arenas.  Generally this happens in the 2v2 format.  These people are willing to pay for the convenience.  Make sure you are good enough to carry in Arenas before trying this.  Otherwise you could be wasting time, and not just yours!

As PvPers, we’re here to face the unknown. We’re not playing this game to compare virtual currency ledgers.  We’re here to test ourselves against other players!  If making piles of gold is important to you, then learn to work the Auction House.  That is the best way to make gold.  It can be done even as a PvPer, but it is going to take a lot of research and effort.  Meanwhile, the options above are how I pay for my WoW tokens every month. I still have enough for whatever little stuff like potions or food that I need as well.

Which PvP activity brings in the most gold for you?