Going Back To Unfinished Games

As players, we stop playing games for many reasons. Gameplay not as we expected, no friends to play with, or maybe even some game breaking technical issues. These are just a few examples. I experienced all of these last year, and they were expensive mistakes.

As we all know, things change. Game updates, free or otherwise, are always updating things. Fixing bugs and adding content can bring back players. And when friends return, there is friendly peer pressure put on us to return also. No Man’s Sky has a big update coming. Vehicles to speed up exploration, and increased building options to include race tracks. Space Hulk Deathwing has just recently added a multiplayer focused patch. More weapons, improved visuals, and lots of bug fixes for online multiplayer connectivity.

I plan to return to both of these games at some point in the near future, though for two very reasons. For No Man’s Sky, it’s about the money. I spent $60 on a game I’ve only played for 2 hours. Most of that two hours was spent adjusting settings in an attempt to improve performance. While I am interested in exploring​ and base building, I’d like a little more for my money. Space Hulk is a whole other story. I’ve got 7 hours in game, and am excited to play more. I only stopped due to all the bugs.

Making The Most Of Second Chances 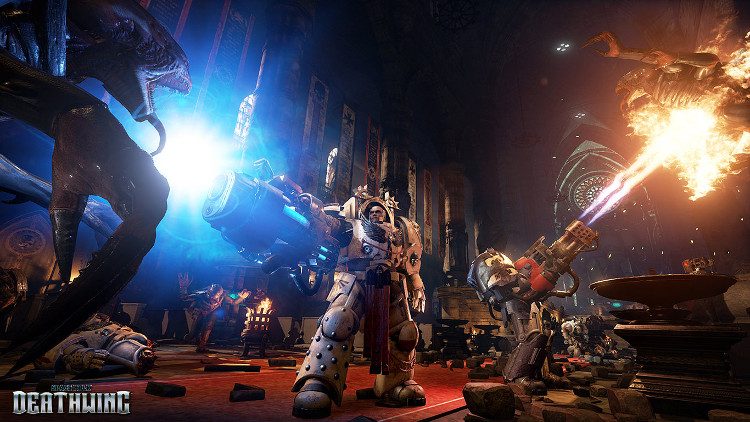 While No Man’s Sky is more of a singleplayer experience, Space Hulk Deathwing is definitely a multiplayer affair. I’m doing what I can to pull in any friends that might be interested in the game. Steam is a great tool for this, allowing you to see who has the game, and who wants it. Keeping an eye out for sales, and mentioning it to anyone that has it on their wishlist can also improve chances at a more successful second go around. Reading up on all the changes can be helpful too. Whether it benefits just you, or just gives you all the answers to questions your friends may ask. I’ve put out a call for friends on Twitter. Social Media is a good way to find interested parties. I also previously wrote a guide to improve cohesion. Steam ratings have trashed both of the games I’ve mentioned, and deservedly so given my experience. Sitting down and playing through new updates is probably the best way to encourage friends to (re) join. There’s nothing like first hand experience.

Boiling It All Down

I think we can break down any reason for not playing to not having fun. When the fun stops, so do we. I know games can change though, Eternal Crusade being the most recent example. It’s gone from bad to good, and back again. For this reason, I’m​ not quite ready to even try recommending No Man’s Sky to anyone. I could barely turn the game on, let alone play it. I certainly do feel more confident with Space Hulk Deathwing though. If you could get through all the bugs, it was surprisingly fun despite being a PvE centric game. Bottom line is, if you ever saw any promise in a game before you abandoned it, it might be worth checking out again.

What made you return to an abandoned game?