Firing arcs are the areas covered by your weapons in Galactic Starfighter.  You will only be able to hit a target if it is within your firing arc.  As an example, we’ll say the picture below shows a standard fire arc.  The weapons on the Strike Fighter can only hit targets inside its fire arc (between the two yellow lines). 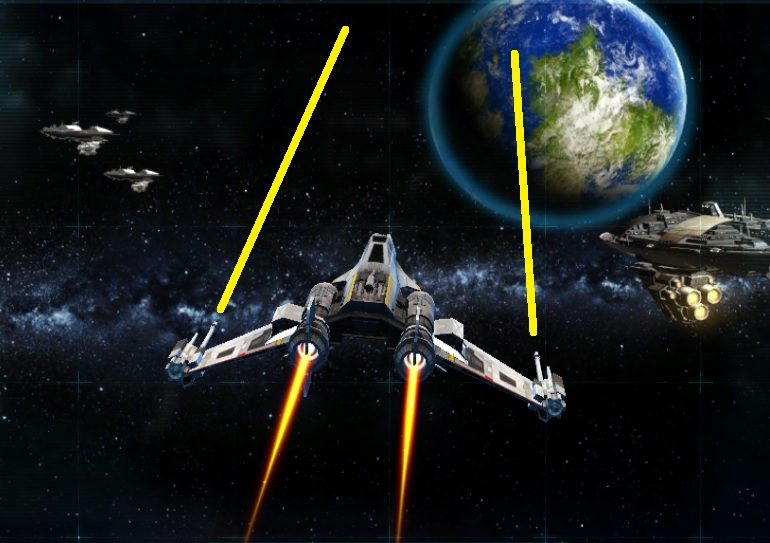 Now if you increase those arcs, then the weapons can cover a larger range of space.  Bigger fire arcs are always better. 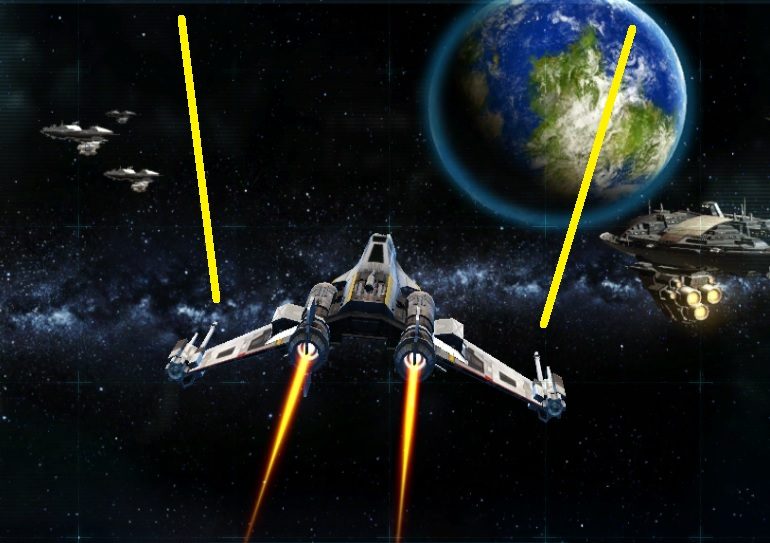 Back to Galactic Starfighter Tips