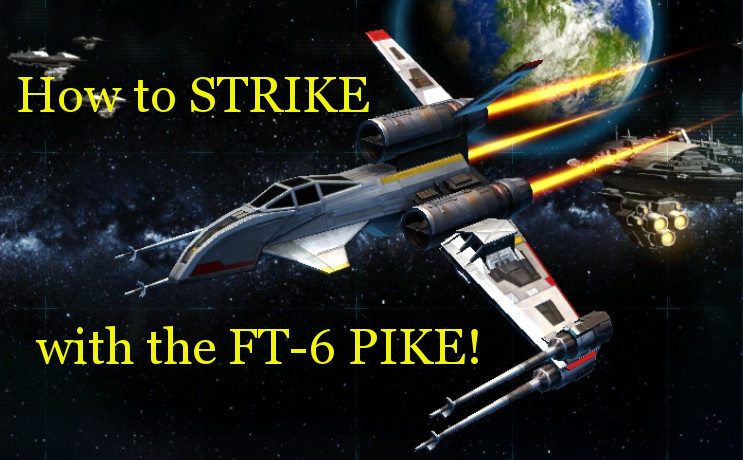 The FT-6 Pike is a Republic Strike fighter.  It’s Sith Counterpart is the F-T2 Quell.  The Pike is a missile gunboat.  You light enemies up with torpedoes from far out, then close in for the kill.  It’s a mid-long range fighter.  Not as long range as the Gunship, but once upgraded, you can pick off enemies from beyond 10,000 meters.  Ahh the tears and carnage!  I have a 70% win rate with my Pike.

Knowing what your FT-6 Pike is like in battle helps you set it up.  I’ve labeled things with the Republic options to start, but have provided the abilities to look for Sith side until I can do a little more research.

Not important.  They won’t even see your missiles coming, let alone you.  Maybe there will be Cartel Market purchasable Missile Lock ringtones.

The companions have various passive skills across different classes.  Look for the companions with the listed skills. 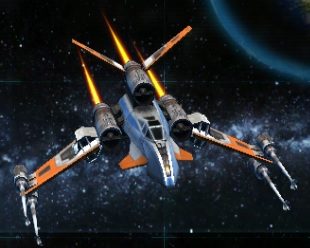 Proton Torpedoes on your approach (10,000 meters or more), then swap to Concussion Missiles (7,000 meters and less) as the gap closes.  Finally, use your Quad Laser cannons (5,000 meters and less) if anything is left.  You can safely sit outside turret range at satellites and take out turrets, forcing any enemy guards to come to you.  Your biggest problem will be gunships which can outrange you as far as weapons fire.  Boost in, chase it off at close range, and return to sniping range.

First Strike With The Pike

Having your enemy hearing missile locks when they aren’t even range to retaliate is a powerful psychological weapon in itself.  This puts your enemy on the defensive, giving you more time to line up the kill.  You should be decimating as you close in.  10,000 meters with a proton torpedo, 7,000 meters with a concussion missile, 5,000 meters with quad cannons, and that should be the end of that.  You can do some dogfighting, but you are better suited softening up your kill from afar.  Damage should be fairly decent once you’re fully upgraded.  You may be getting a lot of assists as well since you’re beginning your barrage from so far back.

I’ll be updating the build as time, experience, and patches dictate.  If you have any questions, or feedback, fire away in the comments below.

4 thoughts on “Galactic Starfighter Guide to the FT6 PIKE!”