I like this game. No, I LOVE this game. I think it offers a top tier experience from the moment you log in. Still though, and it pains me to say it, there are a few mechanics from another Ubisoft game, The Division, that should have been included. There are also a few things that I’ve come across that just seem kinda odd or out of place in a game like this. From combat mechanics to AI behavior, I’ve put together my punchlist to turn this into the greatest shooter of all time.

I thought this was a great mechanic in The Division, so where did it go? I’m assuming it was left out due to implementation viability as opposed to time constraints. Although with the ‘Cross’ ability popping up all over the place, I feel like a similar implementation could be done for surfaces to take cover. Cutting corners is a little awkward. Not bad, but a cover system would just make the whole experience a lot smoother. 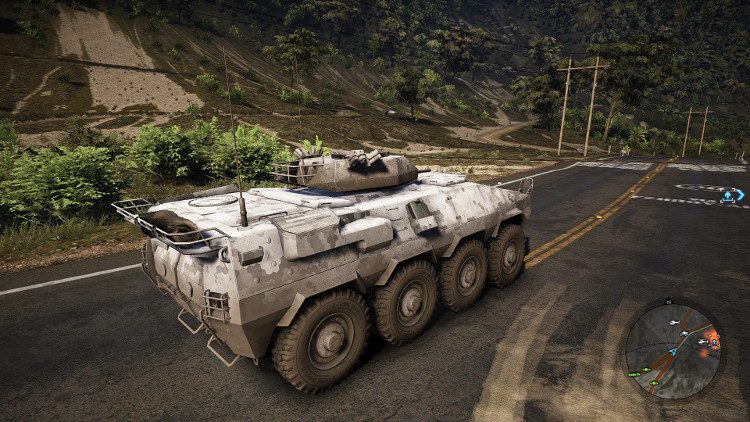 I love the APC. Only because it looks cool though. The most heavily armored vehicle in the game, and yet it feels like driving a cardboard box. Bullets rip through it like a wet paper bag. I feel like this vehicle should have some pretty unique physics. I want to ram another car, and not take (much) damage. It’s an ARMORED PERSONELL CARRIER. I have no complaints about the gun, that thing is like shooting off a carpet bomb. I understand that you don’t want something to be too invulnerable, but a little better bullet and crash protection would improve the experience. It already drives like a tank, make it feel a little more like one.

Stay In The Car When you’re in a gunfight, it’s great when you have fire superiority. Cruising into an enemy outpost in a vehicle with your AI squad manning the mounted heavy machine gun is a great way to maintain said superiority. A great way to lose it is to get out of the vehicle, because no matter how much of a slaughter is going in at the time, the glorious chaos you are causing stops. Suddenly. Wish you had some covering fire to make a dash for cover nearby? Yeah, me too. There needs to be a command or mechanic that leaves someone on the gun.

WOW do I miss this mechanic from The Division. No matter how many rounds I am putting downrange, it provides no deterrent to firing back. I’m really surprised this didn’t make it into the game. It’s a bit frustrating to have 100 round magazines, and no benefit other than not having to reload as often. Suppression is exactly what these weapons are designed for for. It really seems silly to catch a group out in the open, and they don’t even feel the slightest need to run for cover. Meanwhile as soon as you show up at a base, the lieutenant heads for the hills. 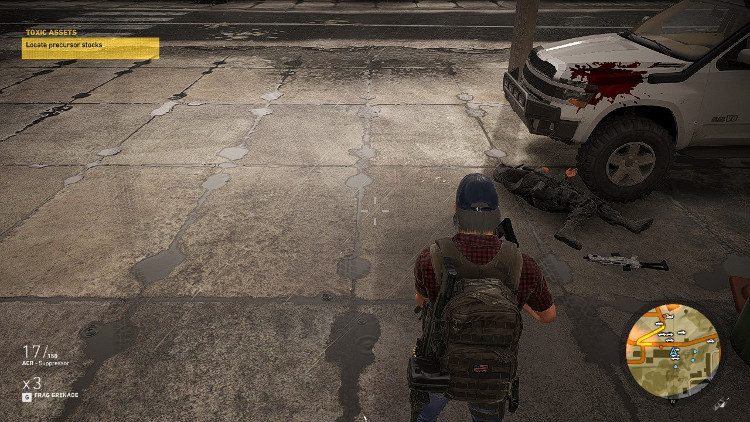 Dead bodies lying around are literally a problem. You take a shot, drop the badguy, only to have his corpse discovered by other badguys. There should be some way to grab a downed body, and drag it somewhere less conspicuous. Especially since you can already grab live badguys, and drag them around like a ragdoll. Seems like it would be even easier to do with a dead one, no? Not that I’m much of a sneaky-sneak, but for those that are this would be a nice option.

I’ve died SO many times because of the long animations. Something as simple as getting out of a car feels like a 15 minute slideshow when you’re getting shot at. Healing a downed squad mate, tagging supplies, and a myriad of other actions are oddly uninterruptible. If I’m doing something, and all of a sudden someone starts shooting at me, I would probably stop and head for the nearest solid cover. Not in Wildlands though, when you commit to picking up that skill point, you’re also committing to taking as many shots to the back as a Sicario’s SMG can put out in a second. Hint: it’s like 10+. I just want a way to quit an animation. ESC comes to mind as a suggestion. 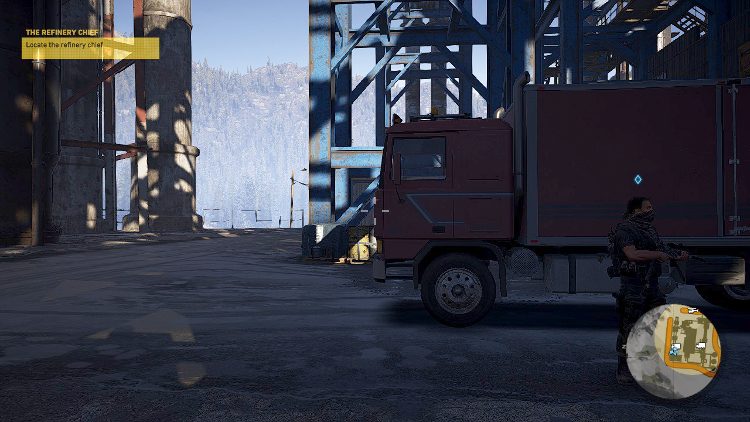 What game would not be better with Transformers? And what Transformer would be better than Optimus Prime? Ok, Dinobots, you got me there. Still, the Autobot leader is a solid choice, and a great addition to any game. No, this isn’t serious, I just saw this and couldn’t resist. Actually I just changed my mind. I would love to have playable Transformers in this game. I’m not much for sneaking around in bases anyway.

The Decay of Franchises

5 WW2 Indie Games You Should Grab